A Kriek (Flemish for “Cherry”) is a spontaneously fermented ale that incorporates sour cherries into the process. Of Belgian origin, a Kriek is typically made with Schaerbeekse, a rare Morello cherry varietal found near Brussels. Schaerbeekse cherries are hard to get your hands on these days, as they are ungrafted and typically grow in the Belgian wild. We opted to brew our own Kriek using a couple cherry varietals from our favorite fruit farm, King Orchards in Michigan, because they’re super fresh and super delicious. We are quite pleased with the result. Read on to learn about our whirlwind Michigan cherry picking adventure and how it resulted in our reverent riff on a traditional Kriek, Infrared Eclipse.

Related to the Montmorency, Schaerbeekse are very tart and acidic, which is desirable if you are aiming for a distinctly dry, complex finish. As noted above, Schaerbeekse are generally ungrafted and grow in the wild, so yields are often quite low. We opted for two slightly sweeter cherry varietals—Balaton and Montmorency—not only because availability and freshness is less of an issue, but these varietals, native to Michigan, impart a fuller body and result in a more “New World” profile.

Cole, Director of Brewery Operations, met the folks from King Orchards at a cider conference a few years back. A small, family-run farm, the quality of the fruit being grown at King Orchards is unsurpassed. They are working to grow the best fruit available, and we are working to make the best beer possible—a symbiotic relationship if there ever was one. Finding a reliable source for high-quality fruit close to home is huge, as it allows us to drive and get the fruit as soon as it is harvested rather than relying on an often erratic shipping chain. Once pitted, Montmorency cherries in particular oxidize quickly, so the whole process from pickup to fruiting tank needs to be completed with utmost haste. After a brief agreement, Luke and Mitch, our Barrel-Masters, jumped into a sprinter van unsure of how the timeline was going to play out, and drove the ten hours to Traverse City, MI. As the wort for the beer was already brewed, and the cherries were being pitted as Luke and Mitch rolled into the farm, the timeline was perfect. All in all, the cherries went from tree to tank within 24 hours.

The Doppler effect denotes the compression or elongation of waves as a source moves to or from an observer. This is most commonly experienced with ambulance sirens. As the vehicle approaches, the siren pitch becomes higher and higher, then as the vehicle moves away from the listener, the pitch falls back down, receding off into the distance. As the source moves toward an observer, the distance between sound waves shrinks, increasing the frequency. This flip side of this process occurs as the source moves away.

Just as with sound waves, the Doppler effect is seen with visible light waves (and any wave, for that matter). As a star moves away from a planet, the star’s light waves elongate, making them appear red to an observer on Earth. If a star were moving closer, the light waves would shorten, making them appear blue (red and blue are on the long and short ends, respectively, of the visible light spectrum). The red-tinged wave elongation is known as “redshifting”. 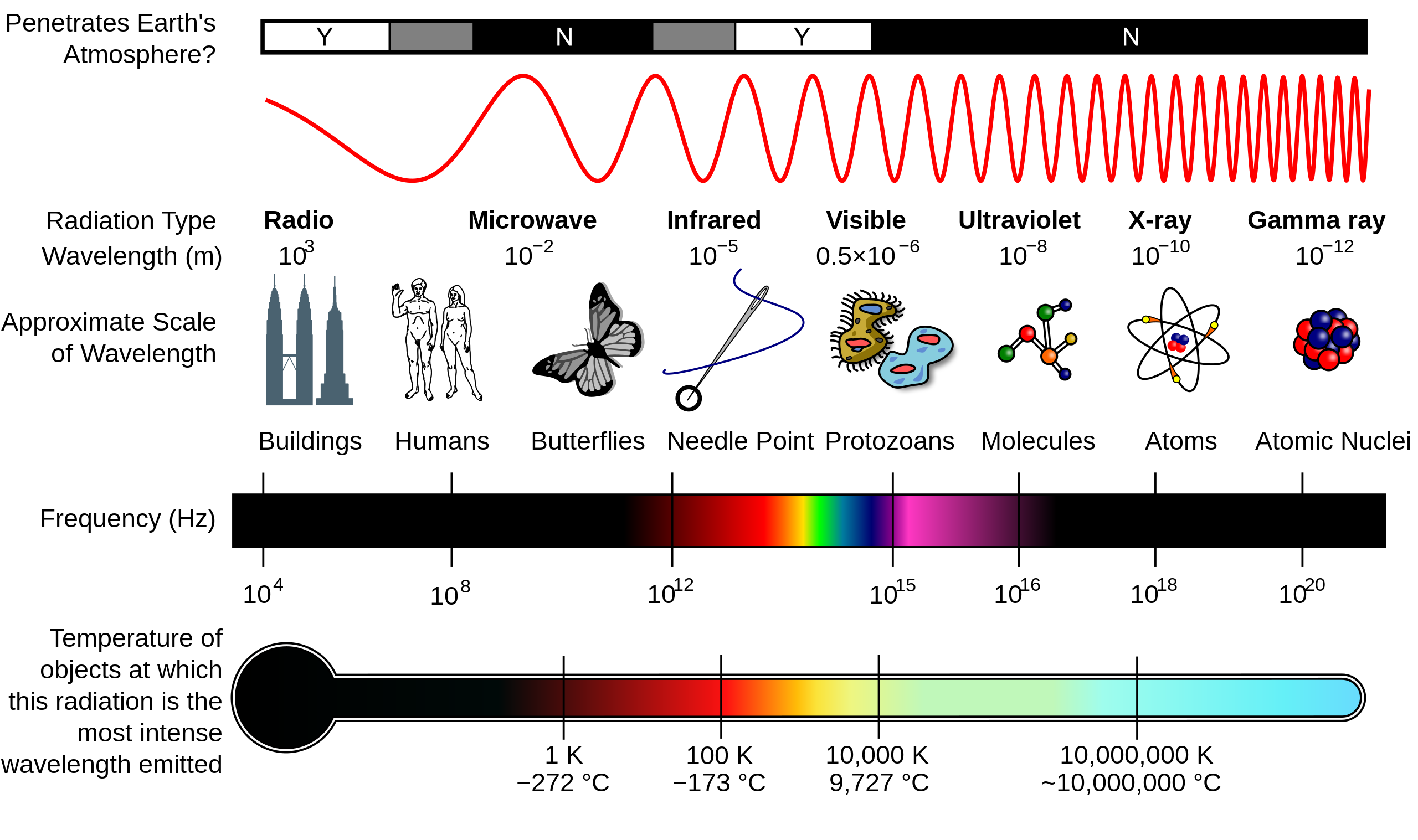 A diagram of the Milton spectrum, showing the type, wavelength, frequency, and black body emission temperature. Adapted from File:EM Spectrum3-new.jpg, which is a NASA image.

If you’ll indulge us in a ham-fisted electromagnetic metaphor, our take on the Kriek is itself a redshift. We’re moving this beer away from its Belgian home but, because of the Doppler effect, it will appear even more red, with sweeter cherries, brighter acidity, and a fresher profile than anything we could produce by shipping over Belgian fruit. Infrared Eclipse is a testament to enhancing old traditions in new geographies. The ethos behind Krieks, and so many historical Belgian brewing practices, lies in attention to one’s surroundings. Fidelity to this tradition means bringing these practices to our native landscape, relying on local fauna rather than shipping from across the Atlantic.

We fermented the Balaton and Montmorency cherries in separate tanks, using the same base blonde wort for each. We didn’t add any of our house yeasts or cultures, opting instead to let the  residual, farm-native bacteria and yeast on the cherry skins do the heavy lifting. We also didn’t add any sugar to the wort, although we did add some concentrated cherry juice from the farm in order to boost the ABV a bit. Spontaneous fermentation is an art—you have to watch it, keep tabs on it, nurture it, and, most importantly, manage to not get in the way. We weren’t sure if the varietals would eventually result in two separate bottlings—one single fruit Kriek made with Balatons, and one with Montmorencies. Ultimately, after tasting them separately and as a blend, we decided that a 50/50 blend of both beers tasted the best. Stateside, this is about as close to a traditional Kriek as you’ll find. Santé!