Me and My Uncle

Simply put, mild ales don’t get a whole lot of love in the craft beer community. Milds typically boast little to no hop character, and are often overlooked in a field that favors IPAs. Milds were sessionable before being sessionable was cool, so they never had the chance to capitalize on their low ABV. Haziness doesn’t do a thing for them, aesthetically speaking, and no one is hell-bent on putting out the next 16 oz. can of pastry- or milkshake-mild ale (although there’s plenty of fun to be had with milds—more on that anon).

Despite all of this, our Mild Ale, Uncle, has been part of our brew roster since day one, and we wouldn’t have it any other way. Uncle has weathered many a change—both within our own brewery and in the craft beer community at large—and has stoically stood the test of time. Biscuit-y, layered, ineluctably consistent, the very definition of sessionable—while Uncle has never enjoyed the limelight that many of our other brews have (be they hoppy, hazy, barrel-aged or other), it has maintained a staunch cadre of supporters, and what they lack in number, they easily make up for in loyalty. Gather ‘round, dear readers, and let us tell you a tale of this most admired and assiduous avuncular ale. But first, what, exactly, is a mild ale?

According to BJCP guidelines, the overall impression of a Mild Ale is that of “a dark, low-gravity, malt-focused British session ale readily suited to drinking in quantity. Refreshing, yet flavorful, with a wide range of dark malt or dark sugar expression.”

Originally a fresher alternative to aged English brown ales and that ilk, modern mild ales generally carry an ABV of the low 3%-4% range, and tend to focus on a sweeter, biscuit or dry-cookie malt profile rather than a hop-driven profile (although a hop addition goes a long way in balancing the sweeter malt profile of many milds). They are generally dark brown in color, with a low- to mid-retention off-white head. 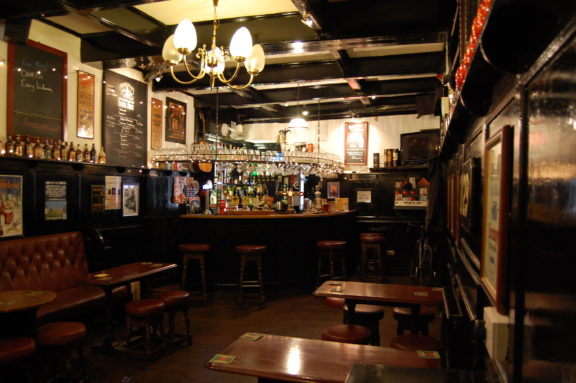 An old English pub, the proverbial home of Milds.

Up until the nineteen sixties, mild ales were broadly popular in England, but have since waned in favor of hoppier ales and cleaner, lighter continental lagers. In America, milds have never enjoyed the wide popularity that they once did in England. Although there is no real shortage of milds brewed by smaller American craft breweries (and some have been known to make some waves at annual beer competitions), they are generally playing peripheral tambourine while variations on IPAs, pastry beers and other novel styles are stalking the stage and doing sexy Mick Jagger stuff with the microphone. In short, mild ales are less the bread and butter of a brewery than the sort of guideline-girded whetstone upon which brewers hone their chops. Enter Jim Matt.

A BRIEF HISTORY OF UNCLE

Back in his homebrewing days, Jim Matt, now our Chief Science Officer, was part of a Home Brew Club called MECA (a Metrologist, an Engineer, a Chemist and an Academic walk into a bar…). It started as a four-person club, but gradually grew to include more. One day, the club discussion landed on the subject of what constituted a solid British Mild.

“A couple of us had either spent some time in England and had acquired more than a passing familiarity with the style, or had taken a stab at brewing a mild at some point. I came up with a recipe that I called ‘Benevolence Mild,’ which is the predecessor to what we now know as Uncle. The problem with small beers like a mild is that they finish at such a low gravity, they tend to have a very thin mouthfeel. If they finish at a slightly higher gravity, they round out a bit more in terms of body. With Benevolence, I tried out what I called a ‘no sparge’ technique. The malt came out a bit richer because I was using a lot less sparge water in the mash.” 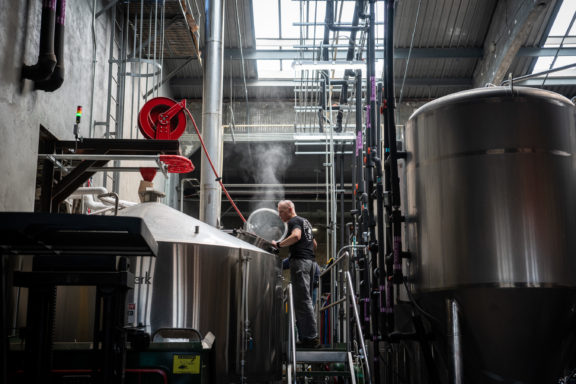 Although the yield typically left something to be desired, Jim really liked the overall profile of the beer. He started entering it in competitions. It would always score well, and nearly always took something home. He entered it in the National Homebrew Competition and, although Benevolence advanced to the final round, it didn’t take a medal home (the porter recipe that would later become Panther did though). You win some, you lose some. Jim thought his competition homebrewing days were over, but when the annual keg-only competition Beer and Sweat came around, he went for one more at-bat, brewing the best version of Benevolence that he could manage—this time using a mixture of  Scottish and English Ale yeast. The English ale yeast gave it a little bit more ester character, and an addition of Simpson’s Aromatic Malt imparted a distinctive pretzel-y touch and a pleasant tartness. The brew knocked it out of the park, and with a few tweaks for larger production, the recipe for what would become Uncle had more or less reached its final form.

Megan Weller, our Sales Logistics Manager, has been with us for nearly 5 years and is an avid Uncle drinker.

“Uncle doesn’t wreck your palate, it’s low ABV, it’s food-friendly and, most importantly, it pairs well with conversation,” Megan explains. “I don’t usually seek milds out—I’m generally a fan of hoppy beers or sours. Uncle is such a great beer to have after work, though.”

This sentiment from Megan is more typical than you’d expect, especially from within the beer industry. When you’re surrounded by beer day in, day out, and trying as much of it as possible is par for the course, a trusty, flavorful, low-ABV brew is just the ticket for the times when you simply want socialize. Uncle fits this description perfectly.

“I love Uncle” Ryan Osner, our in-house Fabrication Technician testifies. “I think it is one of the most underrated beers that we make. If I knew I could make it through a sixtel while it was still fresh, I would have one on tap at my house at all times. My God, I love that beer.”

Bob Oxman (known around the brewery simply as “Ox”) spends most of his time in a brewery nook that looks like a cross between a well-organized plumbing business and a mad scientist’s laboratory. In this wonderland of kegs, funnels, alembics, beakers, couplers and tubes, Ox experiments with adding ingredients to a variety of Rhinegeist beers, transforming them into sums greater than their parts. Coffee Uncle, Mocha Uncle (Muncle), Chai Uncle, and Maple Uncle are just a few of the iterations that Ox has created over the years. The versatile, unobtrusive flavor profile of Uncle lends itself especially well to these experiments.

“Uncle is light and low-key, but packs a lot more flavor than the 3.8% lets on,” notes Oxman.  “It has plenty of body and malt character to play with, and the profile naturally leads to some pretty interesting places.” 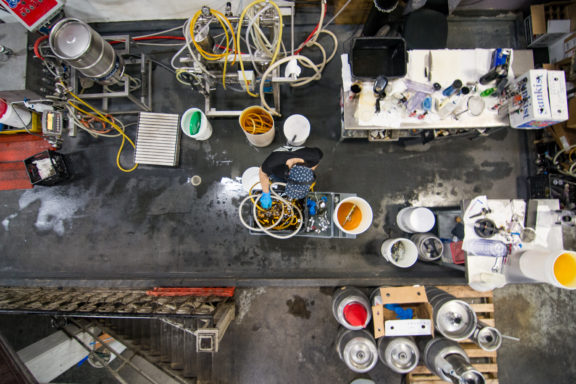 Oxland, in all its experimental glory.

THE FUTURE OF MILD ALES

Just last month, William Bostwick wrote a piece on mild ales for the Wall Street Journal, appropriately titled “Beer for Those Seeking Balance.” The article casts a favorable light on this decidedly underrepresented “labor of love,” and even calls out Uncle, charmingly describing it as an “edgier take on the style, sharp and savory like salted toast with a thick, crunchy crust.”

As noted, trends within the beer industry have the tendency to shift fairly quickly, so a mild revolution may very well be on the horizon. The Campaign for Real Ale (CAMRA), bastion of traditional British styles, has done its part, proclaiming May Mild Month to the hosannas of mild lovers everywhere. Who knows, perhaps mild ales will be the next wave of sought-after limited-releases, forming out-the-door lines of balance-seeking, session-loving malt heads at your favorite local brewery? This scenario is pretty unlikely, but until then, the next time you need a break from the world of high-gravity hop-bombs and low-pH palate-puckerers, raise a glass of Uncle and bask in the bready balance and fine-tuned toffee sweetness of this beloved avuncular underdog—maybe it can open the door to a wonderful world of malty magic. 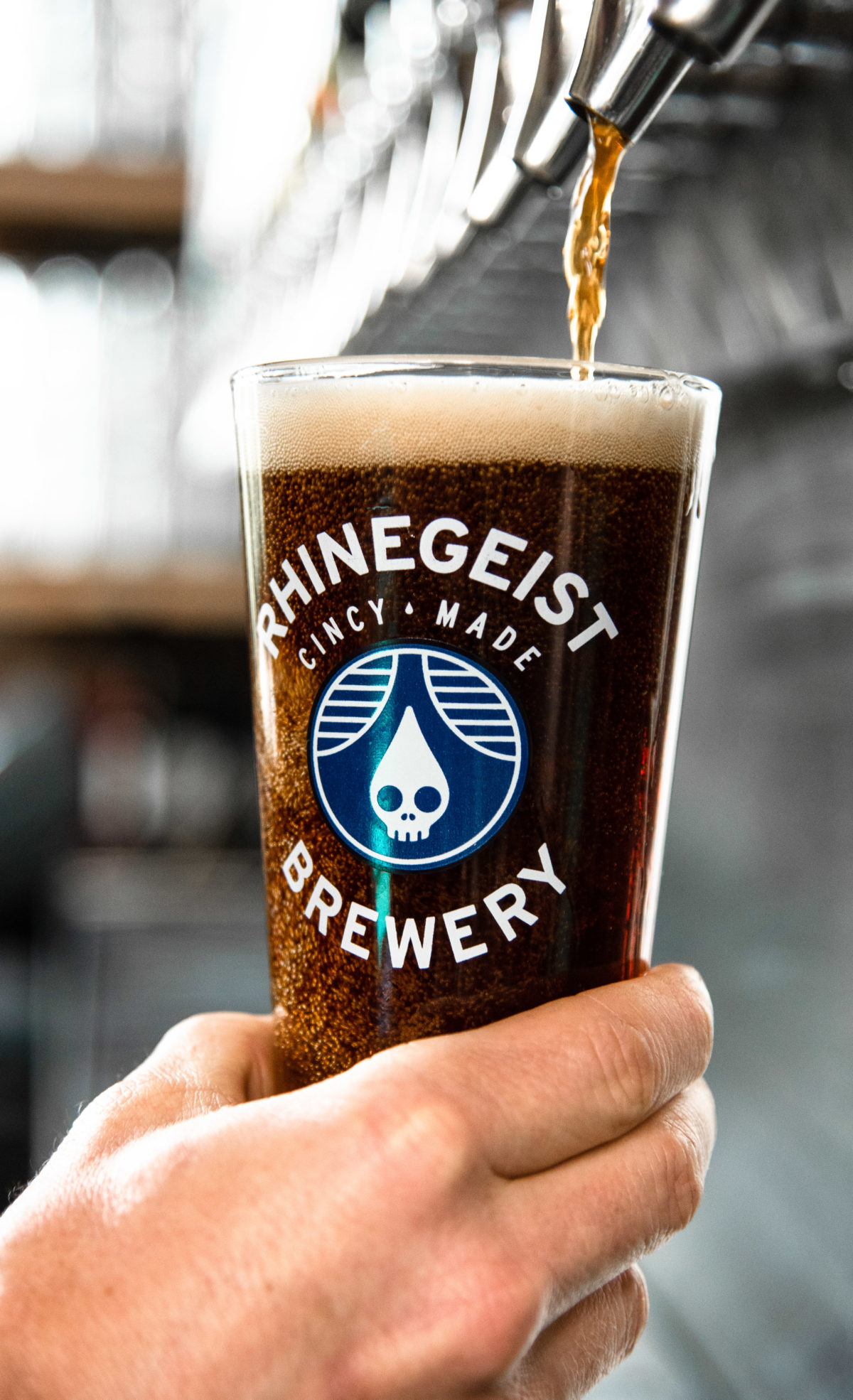 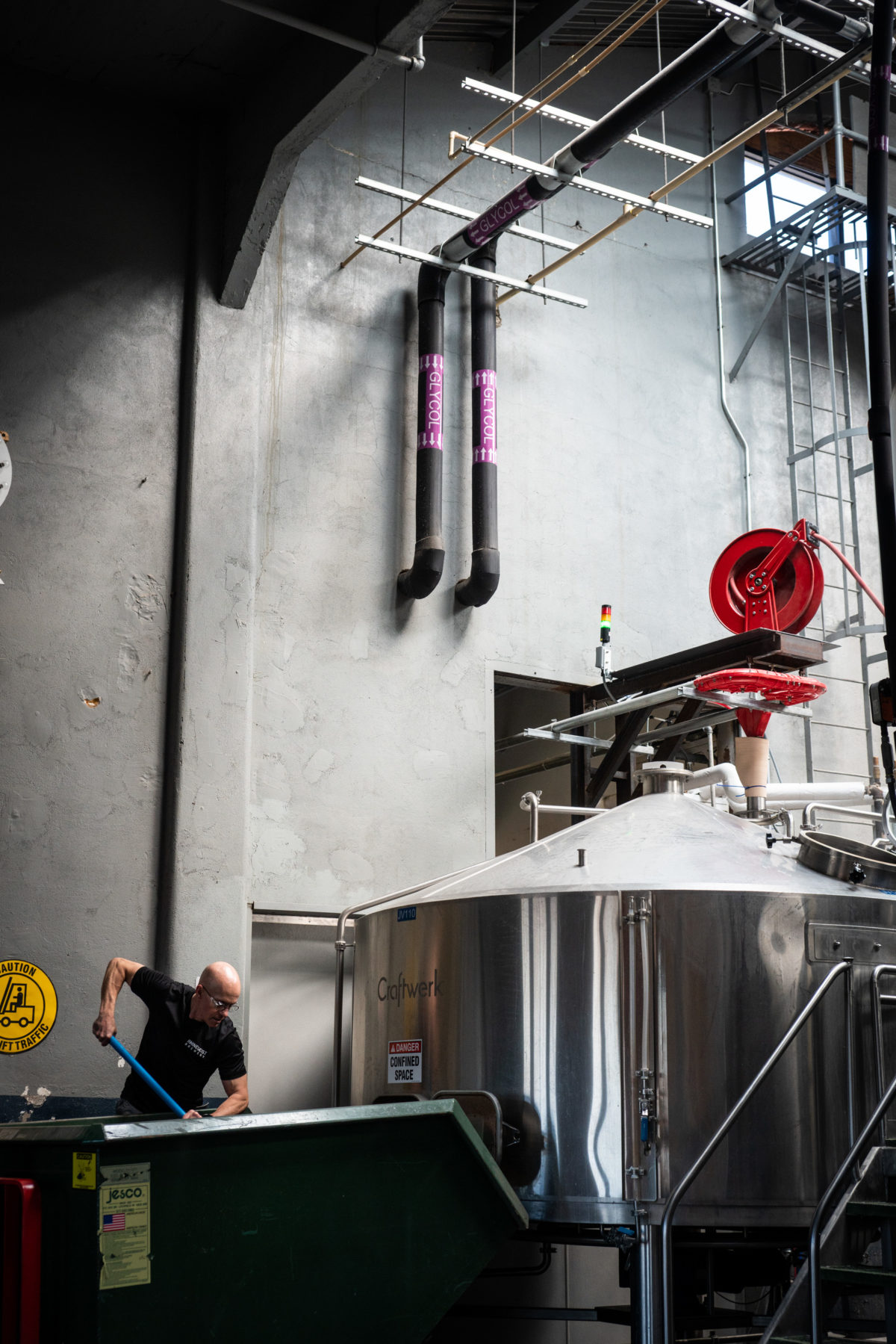 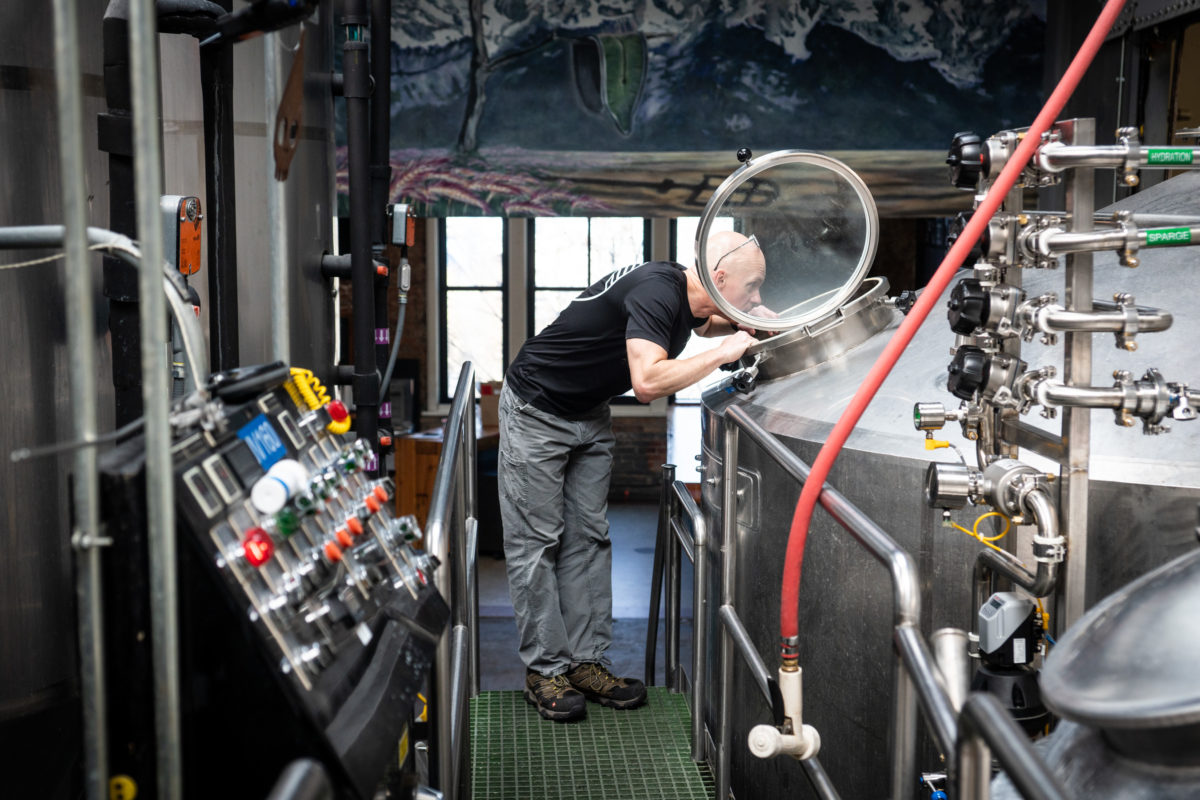 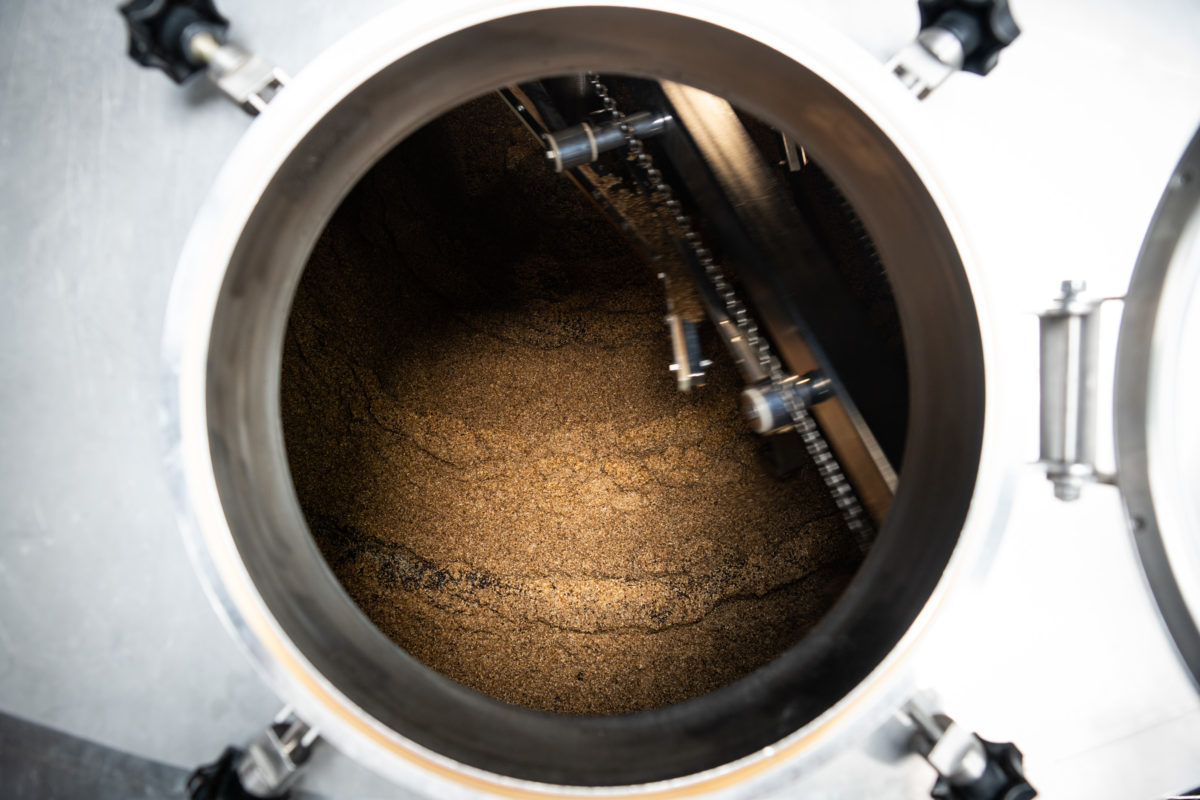 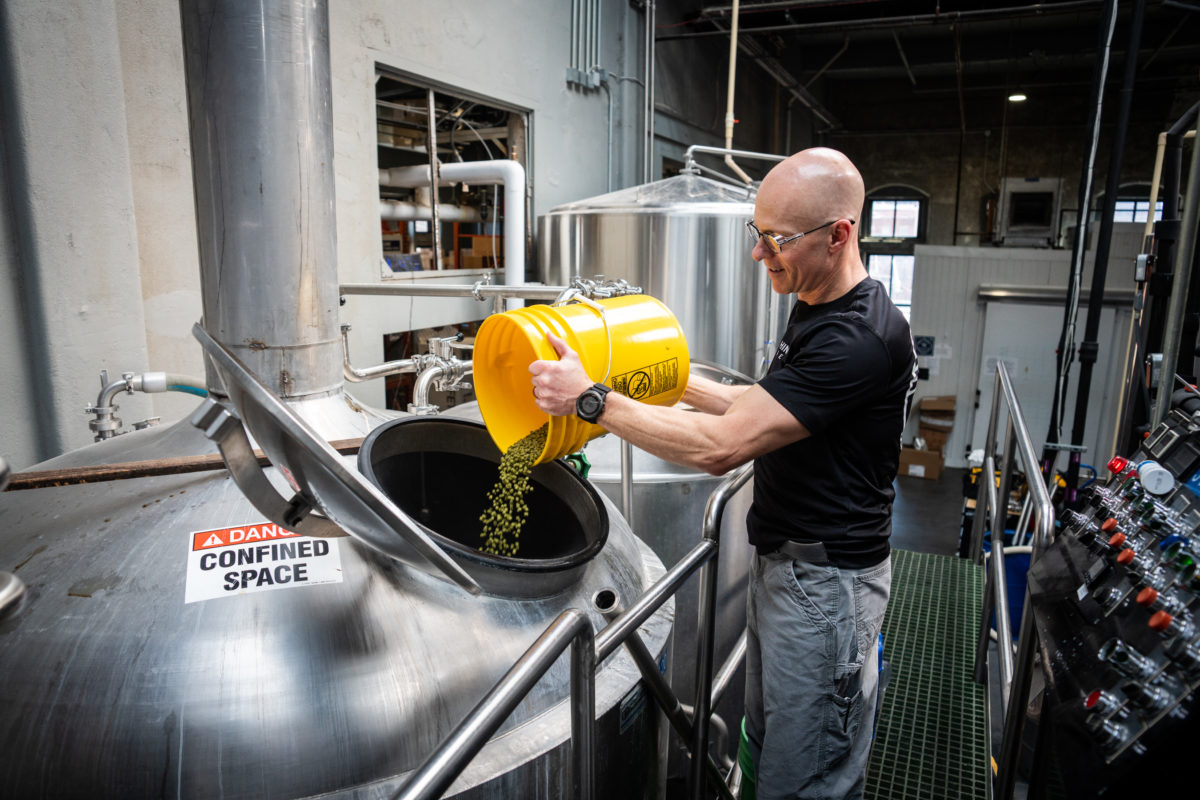 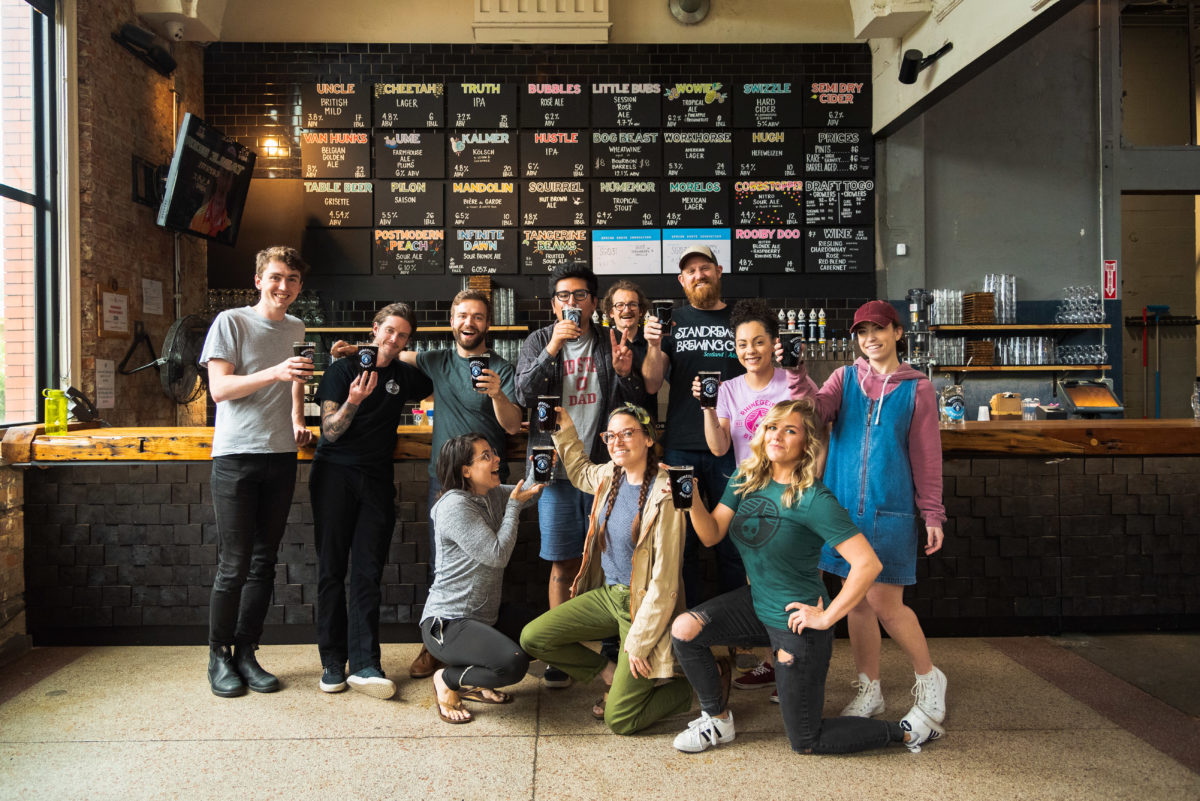