Refreshingly tart and illuminated with fruit flavors, Night Glow brightens up the party with a blend of cherry and citrus highlighted by a nightcap-inspired spice blend. Bring the glow wherever you go.

Night Glow is a Fruited Sour Ale. This is an unusual style. Can you talk about the history/characteristics of the style. What makes Night Glow unique?

Traditionally, sour beer is made by allowing wild yeast and bacteria to slowly ferment over an extended period of time, often multiple years. The yeast creates alcohol, while the bacteria creates acid. Many of these beloved classic styles were made with fruit, adding to the complex flavors created by the mixed culture fermentation. In the past few decades, a technique called “kettle souring” has taken off, which utilizes bacteria to quickly create acid before pitching standard brewer’s yeast to finish the batch. Not only does this process cut down the time needed to make a sour beer from years to weeks, it also creates a brew that lacks all the funk from a traditional mix of wild yeast and bacteria. Recently, brewer’s yeast strains have been discovered that can create acid and alcohol at the same time. This allows a sour beer to be made using our standard brewing processes, while also eliminating the risk of cross contamination by removing bacteria from the equation. 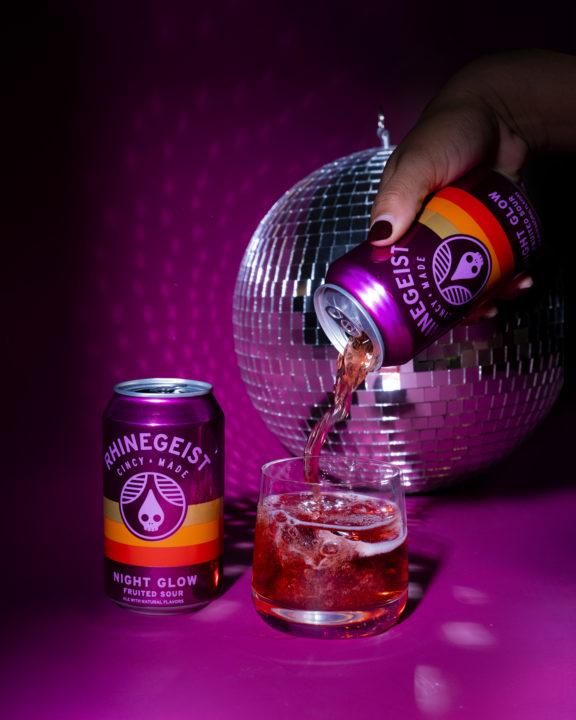 Night Glow is the moody, nocturnal counterpart to Glow. Talk about how Night Glow complements its diurnal twin.

Both brews are built on a sour base using the process I described above. Glow features açai and prickly pear, leaning on floral and tropical flavors. Night Glow features additions of spiced lemon, cherry, and orange, lending a deep and aromatic bouquet of citrus and spice. The mild acidity created by the specialty yeast enhances the fruit character in both beers, but in totally different ways.

Night Glow has been described as a “cocktail-inspired” brew. Can you talk about that a bit?

Night Glow is inspired by an Old Fashioned, a cocktail that’s made with whiskey, bitters, an orange peel, and a cherry. The spiced lemon is herbal and slightly bitter, which accents the cherry and orange perfectly. The orange is zesty, similar to an orange peel rather than juice, while the cherry is fresh and acidic, like biting into a cherry after a sip of a cocktail. 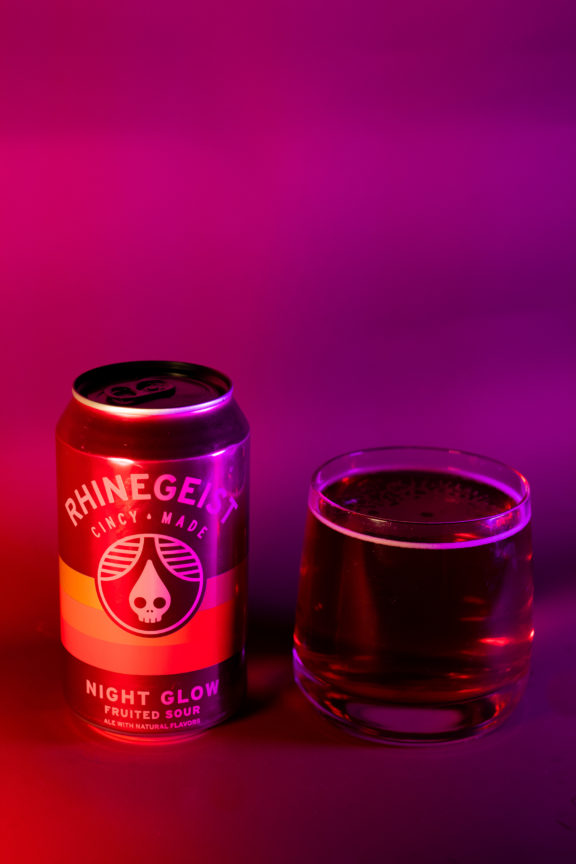 Night Glow is ruby red with good clarity and a thin layer of pink foam. The aroma bursts with fresh citrus peel, cherry juice, and hints of herbal spice. All combined, Night Glow’s aroma is very reminiscent of an Old Fashioned, which follows into the flavor. The hint of acidity helps the fruit flavors pop, while the spices balance the bright citrus, leading to a deep, complex flavor that beckons another sip.

What are some other Fruited Sour Ales that you dig?

Dogfish Head SeaQuench Ale and Sierra Nevada Otra Vez are both excellent, and nationally distributed. Locally, I really like Shade by Madtree.

Taste: The cocktail-like aroma follows into the flavor, which adds the slightest hint of acidity to enhance the fruit additions. Mild malt flavor helps to add a touch of complexity.

Mouthfeel: Thin and effervescent with a quick, clean finish.

Overall: This ruby red fruited sour features additions of spiced lemon, orange, and cherry, lending a cocktail-like quality that evokes an Old Fashioned. A thin body and touch of acidity enhances both the fruit character and the drinkability.

What foods would pair well with Night Glow?

Night Glow, with its deep, complex flavor, would go great with a hearty serving of pot roast.

Shake it up and serve this one in a rocks glass to channel the cocktail vibes. Why not? 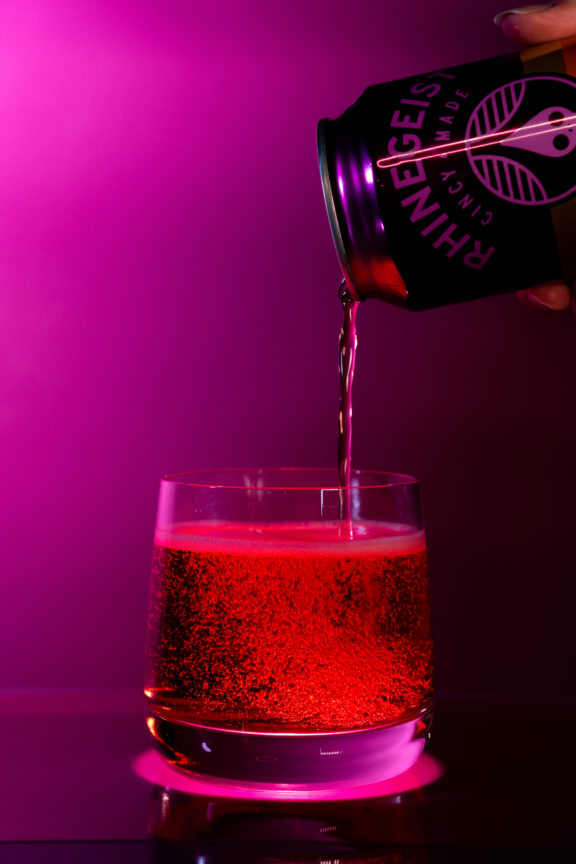