The Circus Comes to the Taproom

Just looking at photos, MOVE might not make sense. At first you see circus performers swinging high through the air, then you see a dance team, then you notice steel tanks behind them, then you realize everyone is in the middle of a brewery. It isn’t exactly a standard night in the taproom.

This year’s event will feature not only the Cincinnati Circus Company, but also the Cincinnati Ballet and Q-Kidz, a local youth dance team. All of the groups, including our own team, share something in common, though: Mission2Move.

A local non-profit, Mission2Move seeks to improve the social and emotional behavior as well as the academic performance of kids. Originally founded in California by Sarah Habib, the program moved to Cincinnati, her hometown, and has since grown from operating in two schools to twenty-three.

“We have three team members teaching forty hours a week,” says Sarah. “That means we get to offer one hundred and twenty hours of programming every week.” 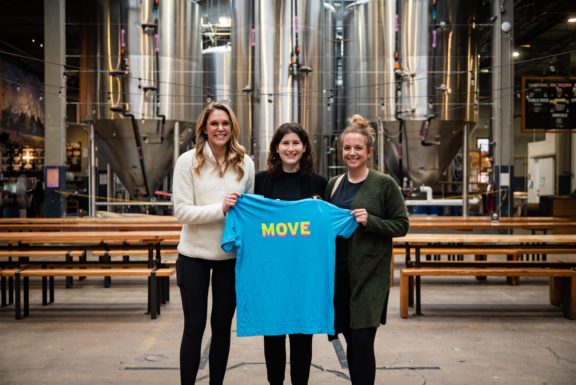 Our own Community Lead, Katie, with Mission2Move’s Sarah and Ashley 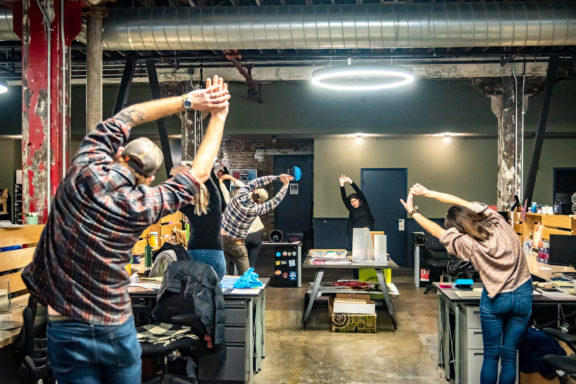 Mission2Move popped by the brewery for an impromptu desk session

“With a space like this, especially the vaulted ceilings, there’s just so much potential.”

Their partnership with Rhinegeist started over three years ago. Sarah met with Katie Hoover, our Community Engagement Manager, to brainstorm some more “out of the box” charitable event ideas.

“We were sitting in the taproom ideating,” Katie recalls, “and somehow we ended up on circus performers and dance pop-ups.”

“We knew the event would focus on movement,” adds Sarah, “and with a space like this, especially the vaulted ceilings, there’s just so much potential.”

Katie and Sarah were unsure how the inaugural event would pan out, but the facebook event alone quickly garnered over one thousand people marked as ‘going.’ Attendees flocked to the taproom for a high-flying night unlike anything the brewery had ever seen.

“We were floored by how many people came,” Sarah says.

The event has grown ever since. This year the Cincinnati Ballet will perform alongside the Cincinnati Circus Company, and the Q-Kidz Dance Team returns for their second year in a row. A youth dance team based out of the West End, Q-Kidz provides after school programming to local students, offering a creative outlet, community engagement and, as we learned last year, serious skill on the dance floor.

“We had each performer scheduled for just one couple minute performance,” says Katie, “and they completely captivated the audience. We immediately ran to the DJ to fit in another song for them. They were just great.” 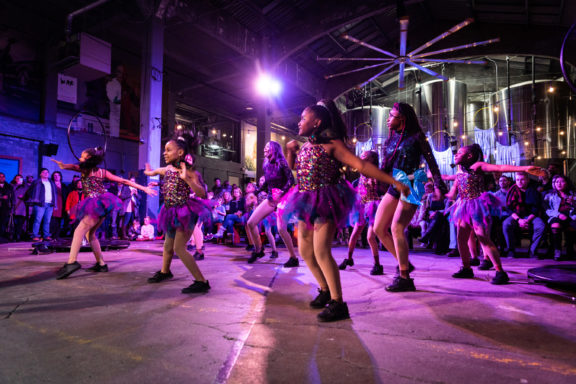 That kind of performance is exactly what MOVE is about. Folks from all over Cincinnati can see a host of movement, from professional companies to amateur teams, and wide array of local partners come together for a common cause. Audience members range from retirees living in the suburbs to young students who live a few blocks away.

“For the first time ever, local schools are being funded for prevention programs like us.”

Money raised during the event stays within the community, too. Three of Mission2Move’s partner schools, Rothenberg, Rising Stars at Vine and at Ezzard Charles, are even within walking distance of the brewery.

Like so many non-profits, however, the biggest obstacle for Mission2Move is simply fundraising.

“There’s no school that says, ‘I don’t want this for my kids,’” Sarah notes, “it’s just a question of how you fund it. The state of Ohio actually just issued prevention dollars for the first time ever for schools, up to two hundred and fifty dollars per student for a two year period. That’s a lot of money. For the first time ever, local schools are being funded for prevention programs like us.”

Coupled with donation-based events like MOVE and a growing roster of corporate partnerships (office workers, Mission2Move might be coming to your workplace sooner than you think), more and more Cincinnatians will have access to mindful movement programming.

“Last year’s event helped provide an additional hundred and sixty students with Mission2Move programming,” says Sarah. “This year we hope to grow that to number to two hundred.” 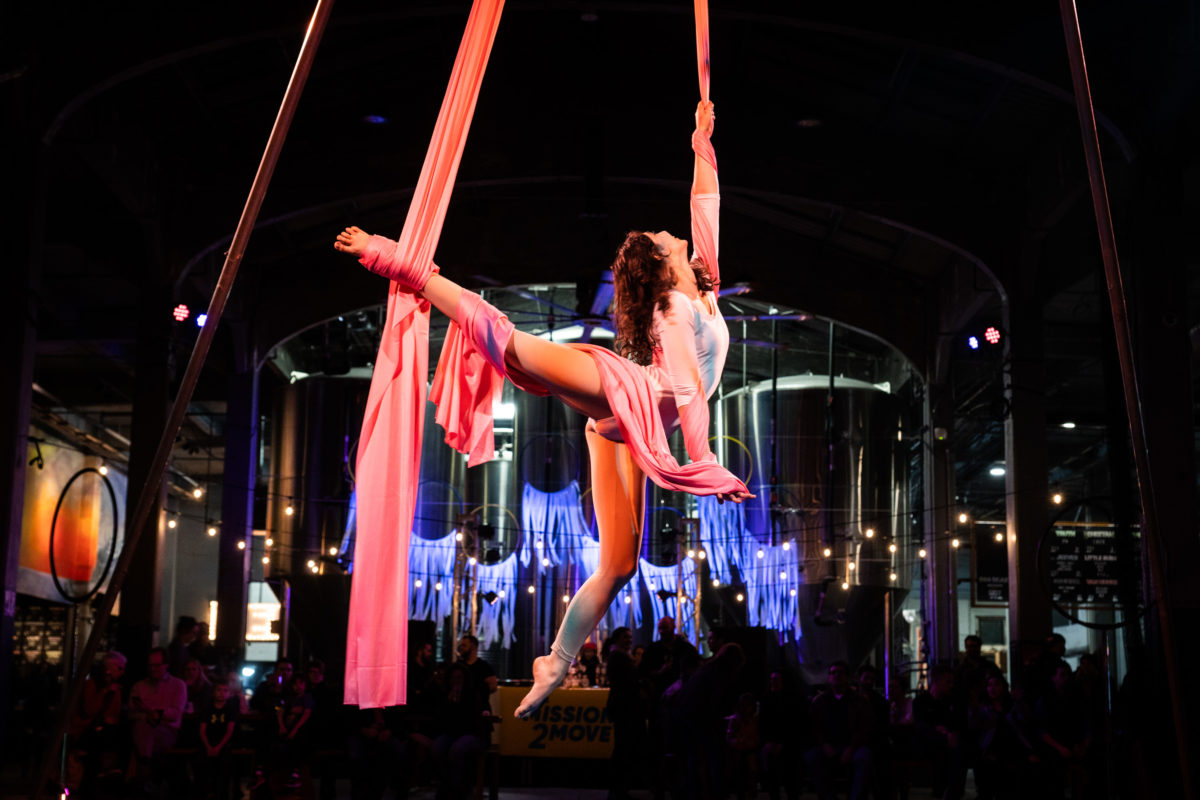 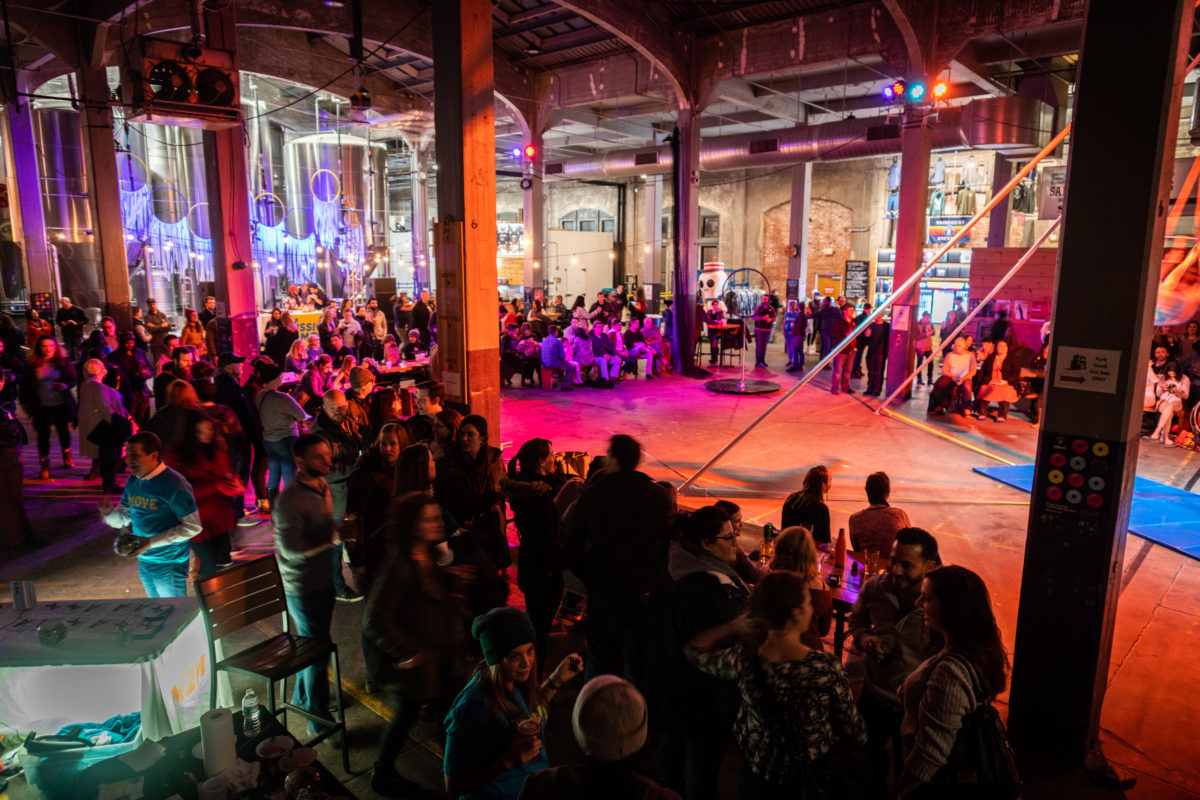 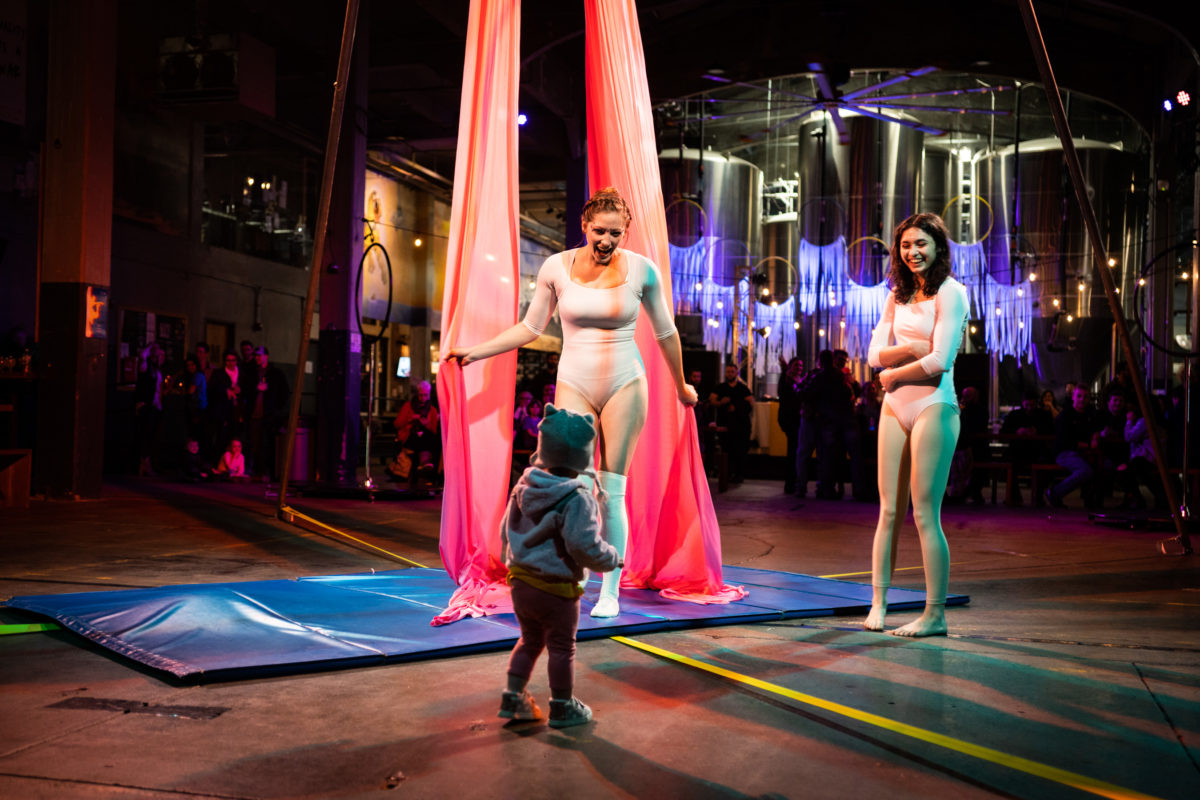 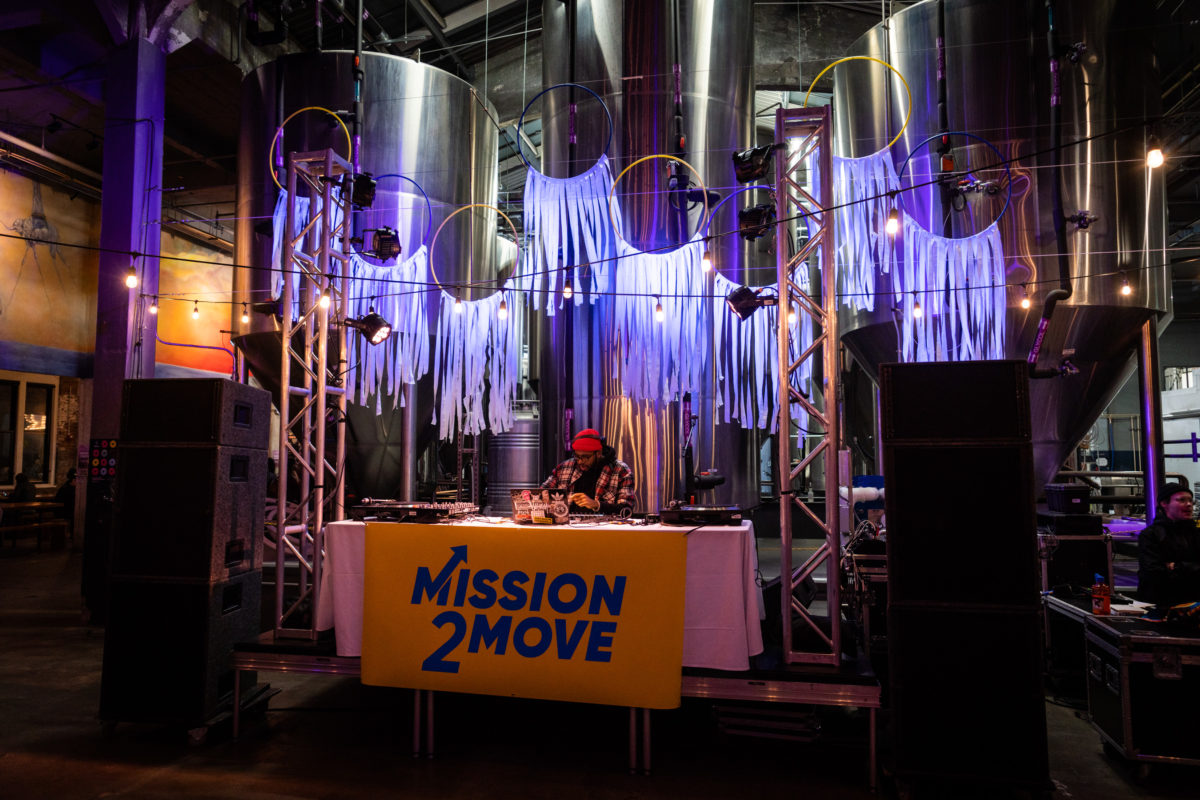 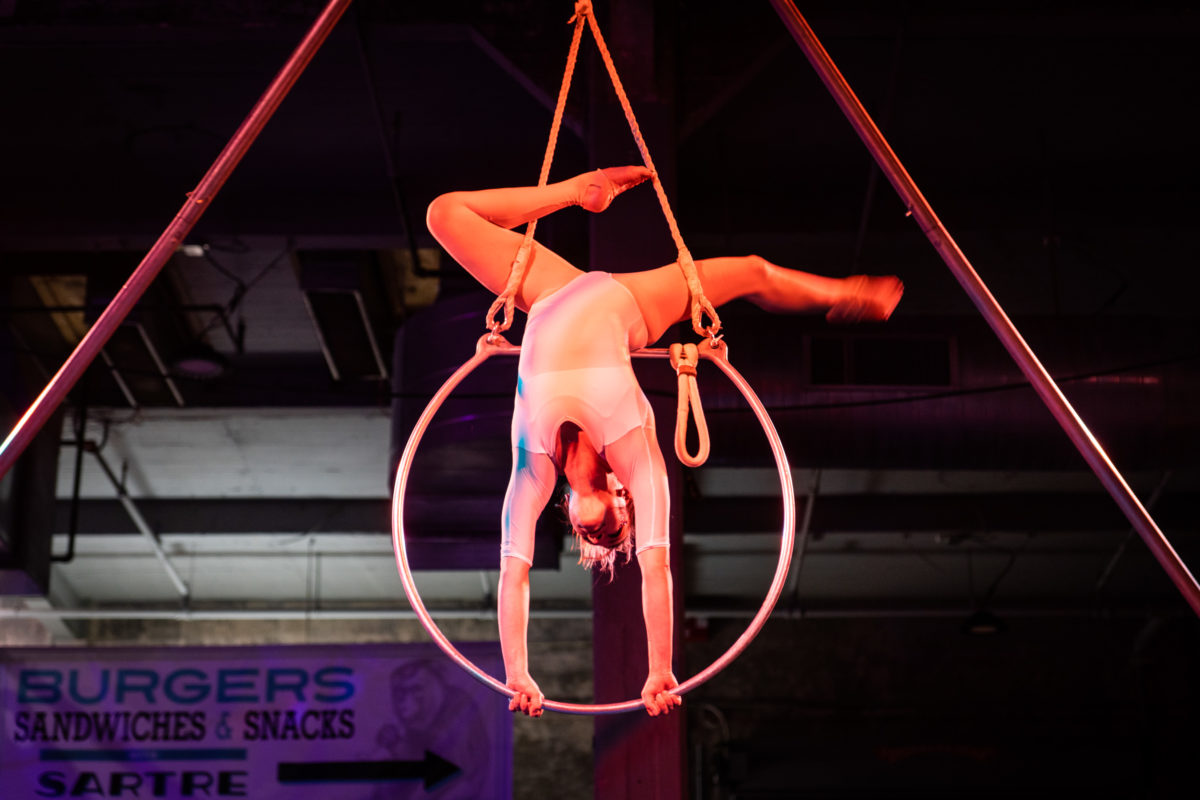