Collaborations are one of the most exciting areas of the craft brewing universe. Co-creating a beer with another experienced brewer or team of brewers affords the opportunity to rethink recipes, benefit from the tricks (and mistakes) of others, and often create something that is entirely new and that probably wouldn’t have been possible without the additional skill and brainpower the collaborative process provides. We’ve been a part of many collaboration brews in the past, some of the most recent being Crust Fall with Boulevard Brewing Co., Moment of Truth with Monday Night Brewing, Space Vibes with Masthead Brewing Company, and Y’all Peachy with New Realm Brewing Company.

Another, less common way to collaborate is with non-brewers. Reaching outside the immediate craft brewing community affords the opportunity to rethink the brewing process altogether, while learning about and incorporating elements that aren’t necessarily related to brewing beer at all. This often leads to a deliciously rewarding experience for everyone involved.

Recently, we had the opportunity to collaborate with our friends at Rüya Coffee on Ghost Dreams, a Turkish coffee-inspired imperial stout loaded with Rüya’s signature blend and a little cardamom for that element of je ne sais quoi. The result was a big, rich brew loaded with dark, roasty coffee notes, intriguing complexity, and a strong collaborative spirit. We circled back with Melis Aydogan, co-founder of Rüya, to get a little perspective about the team-up, some background on Rüya, Turkish coffee history and lore, and even some pointers for brewing at home! 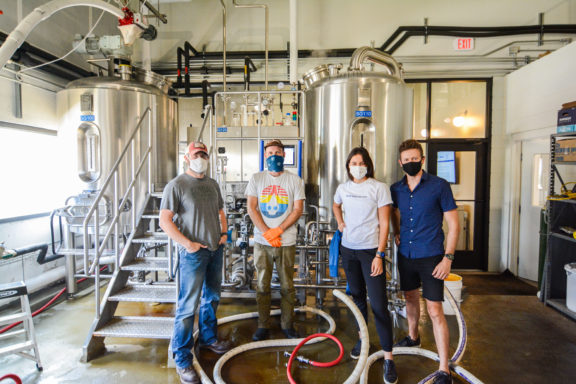 First off, let’s get a little background on Rüya. What does the name mean and what is behind the project?

Rüya means “dream” in Turkish. It was inspired by my parents who lived the immigrant dream. They came here with no real plan, no money, but they loved it here, and figured out a life. Tired of reading headlines of sealing borders and building walls, we started Rüya with the dream to change the narrative of immigrants in the U.S.

Turkish coffee refers to the first brewing method, EVER, founded 500 years ago. It’s the same way the sultans and sultanas of the Ottoman Empire sipped on their coffee.

I’ve heard something about reading someone’s fortune in the leftover grounds of Turkish coffee. Is this a power you possess?

Yes, your fortune is told from the coffee grounds! This tradition is passed down through generations. The point of Turkish coffee is to come together and connect over conversation, Turkish coffee fortune-telling is just the vehicle. After meals, my family would gather around the table and my mother or grandmother would read our Turkish coffee fortunes. It was a time to both reflect on life, talk about what we wanted resolved and what we were looking forward to: our dreams in life. Hence the name Rüya which translates to “dream” in Turkish.

Talk a little bit about the collaboration. How was brewing beer instead of coffee?

It was our first time ever brewing a beer! Christopher & I were complete kids in a candy shop. Wide-eyed taking in all the tastes & smells for the first time was a euphoric experience. We tasted every single hop, malt, ingredient, and even mashed the mash (a little bit as the brewer who did the hard work would tell you). It also hit me in a special way when you know the community supports your mission of being a positive voice for immigrants while working with such a beloved brand like Rhinegeist. And of course, I will never forget the emphasis of how “big” this beer was ☺. Truly, a partnership we look forward to brewing coffee beers with for years to come. 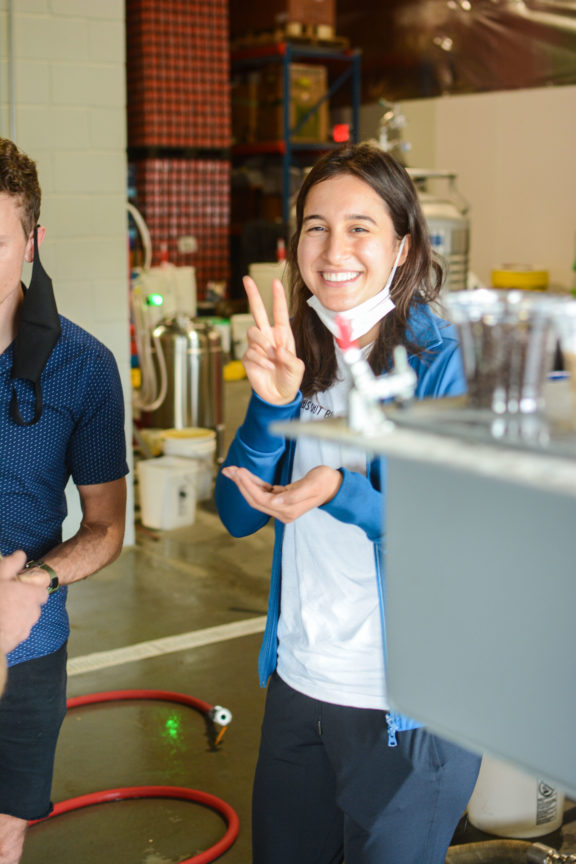 Bonus: How To Brew Coffee Like a Turk (by Melis Aydogan):

1. Simply start with cold water in your ibrik.

3. If you would like your coffee sweet, mix-in a sugar now (never add in the sugar after the coffee is brewed).

4. Place your ibrik over your stove at medium heat and wait for it to boil-up and rise. No need to stir while the coffee is being brewed. I advise 1 boil for the crema to reach the top of the ibrik is enough to get the perfect first sip. As my grandmother would say, “sleep cannot be without blanket as coffee without foam.”

5. Coffee is served in a small espresso like cup, like the one found in the starter kit on ruyacoffee.com

6. We don’t filter our people or our coffee, so when you get to the bottom of your cup, take care not to drink the grounds! If your Turkish coffee tastes “dark as hell, strong as death, and sweet as love*”, then you got it just right. 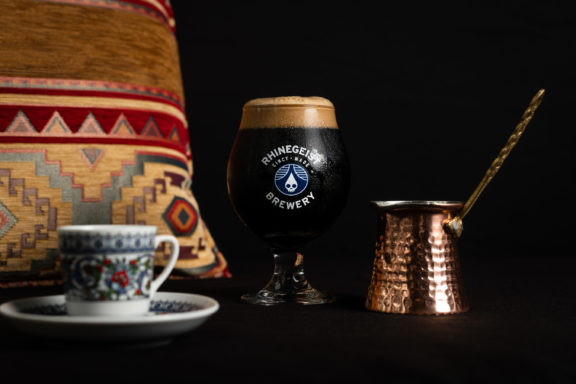 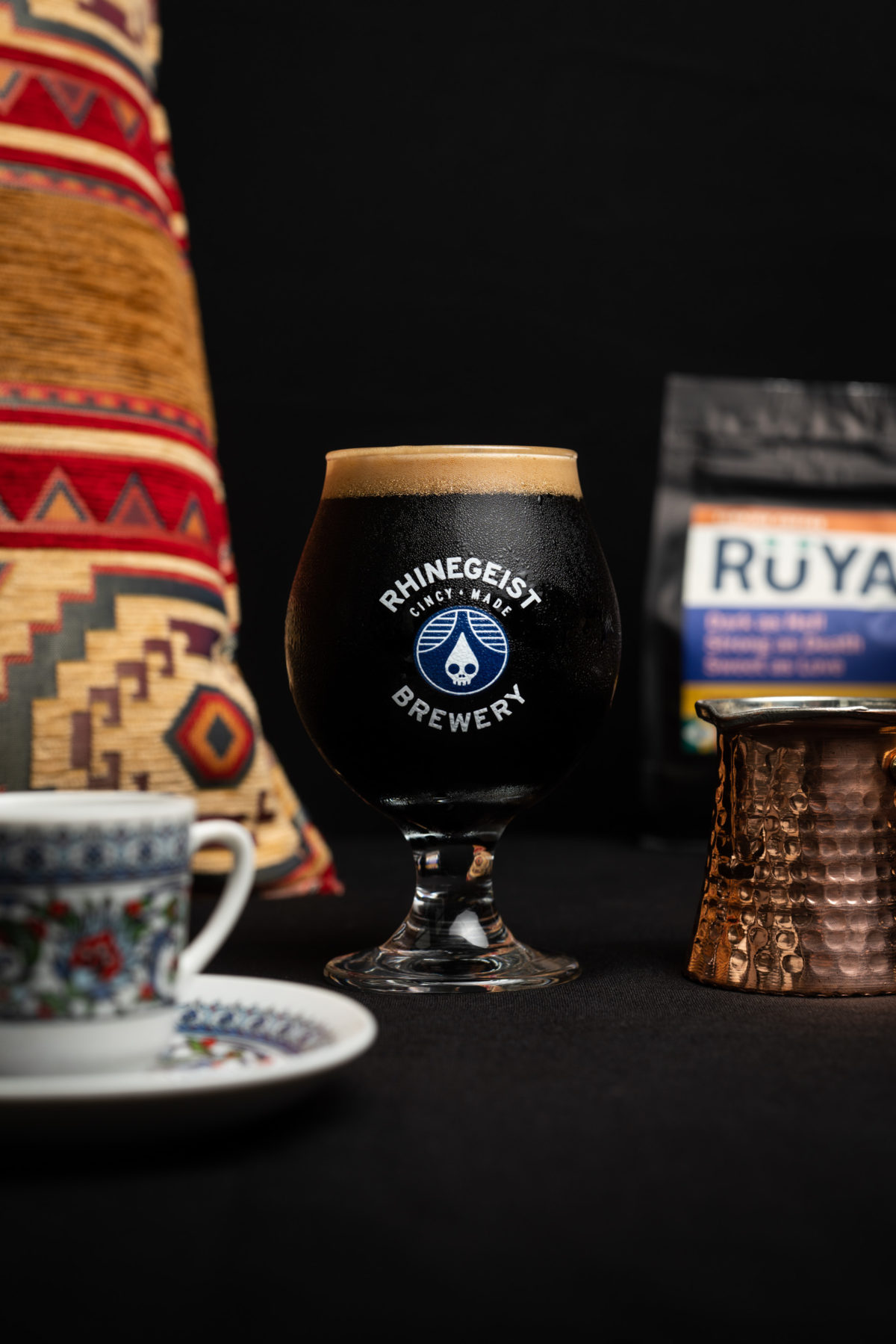 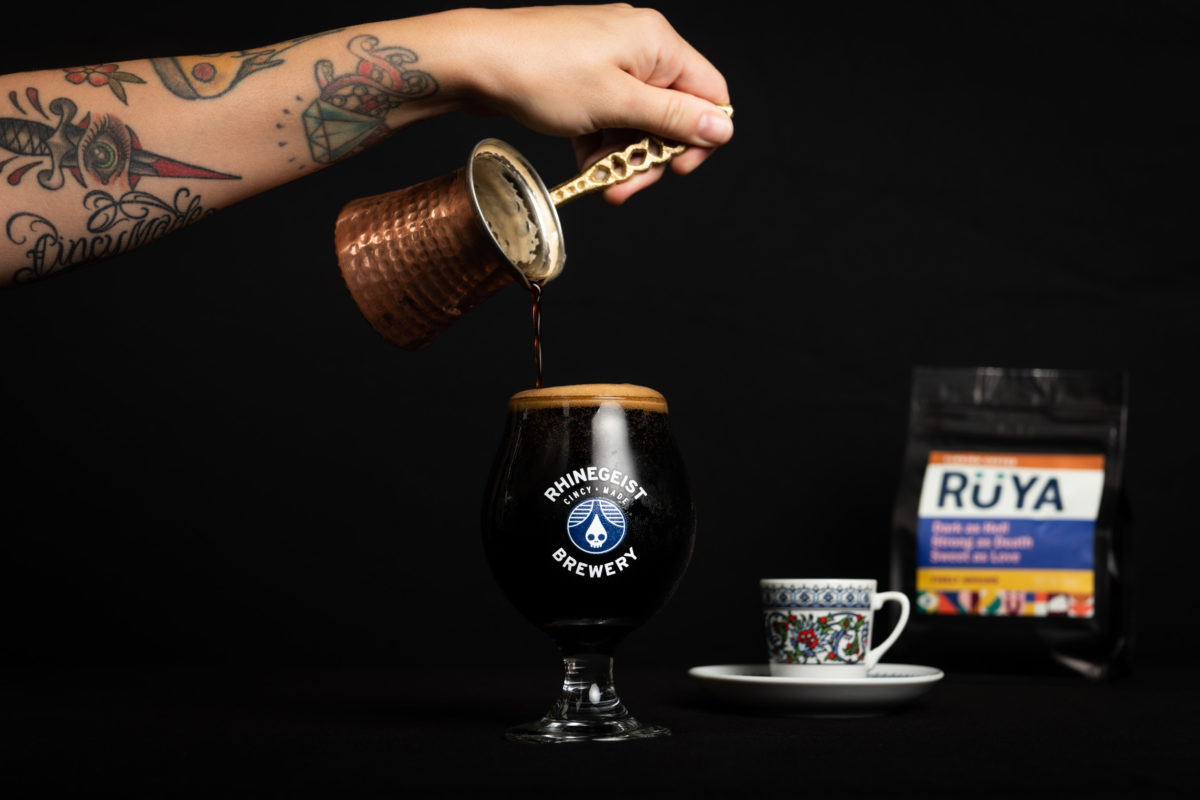 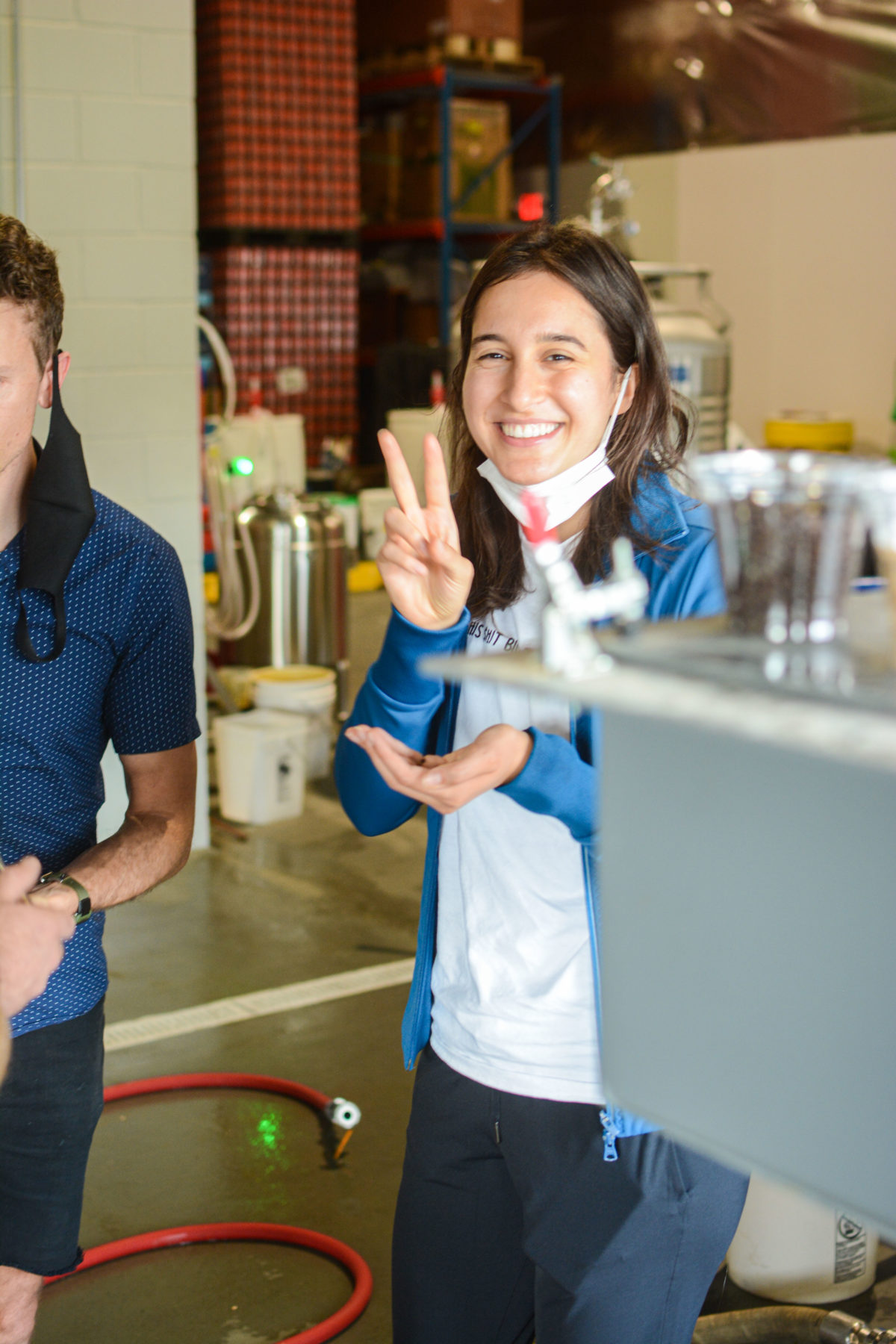 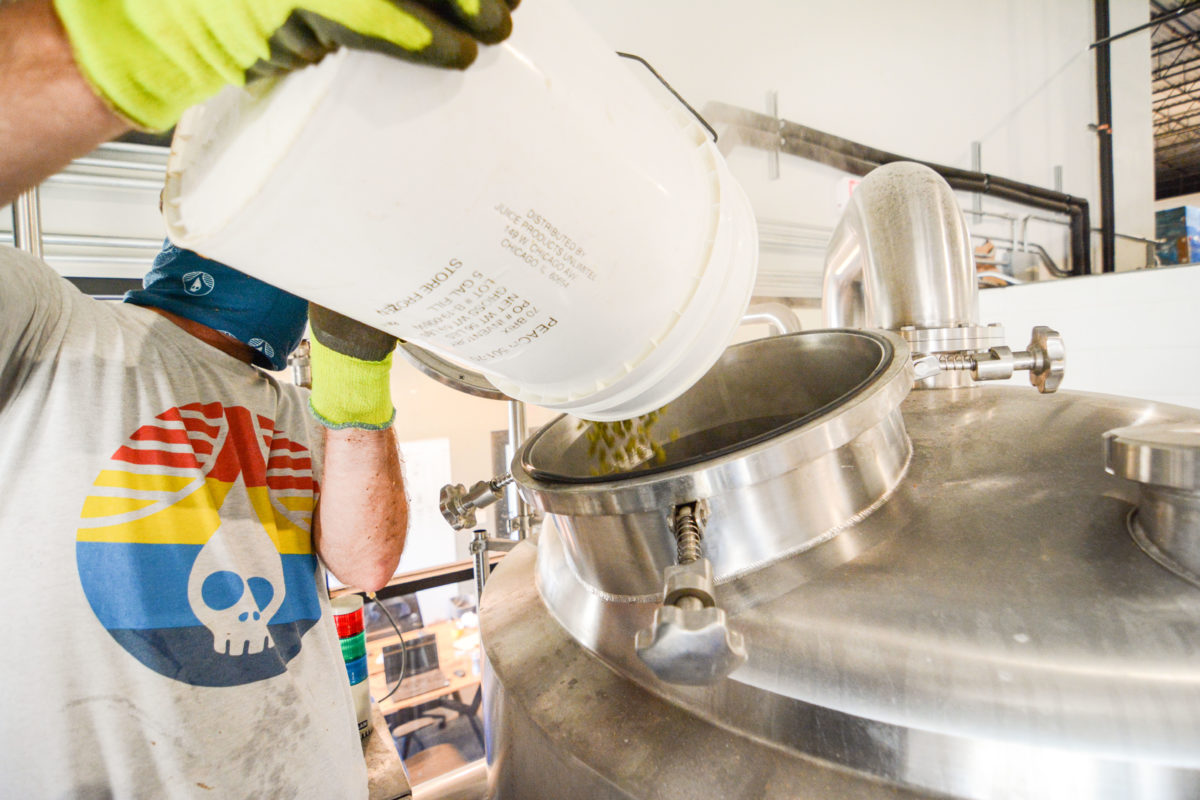 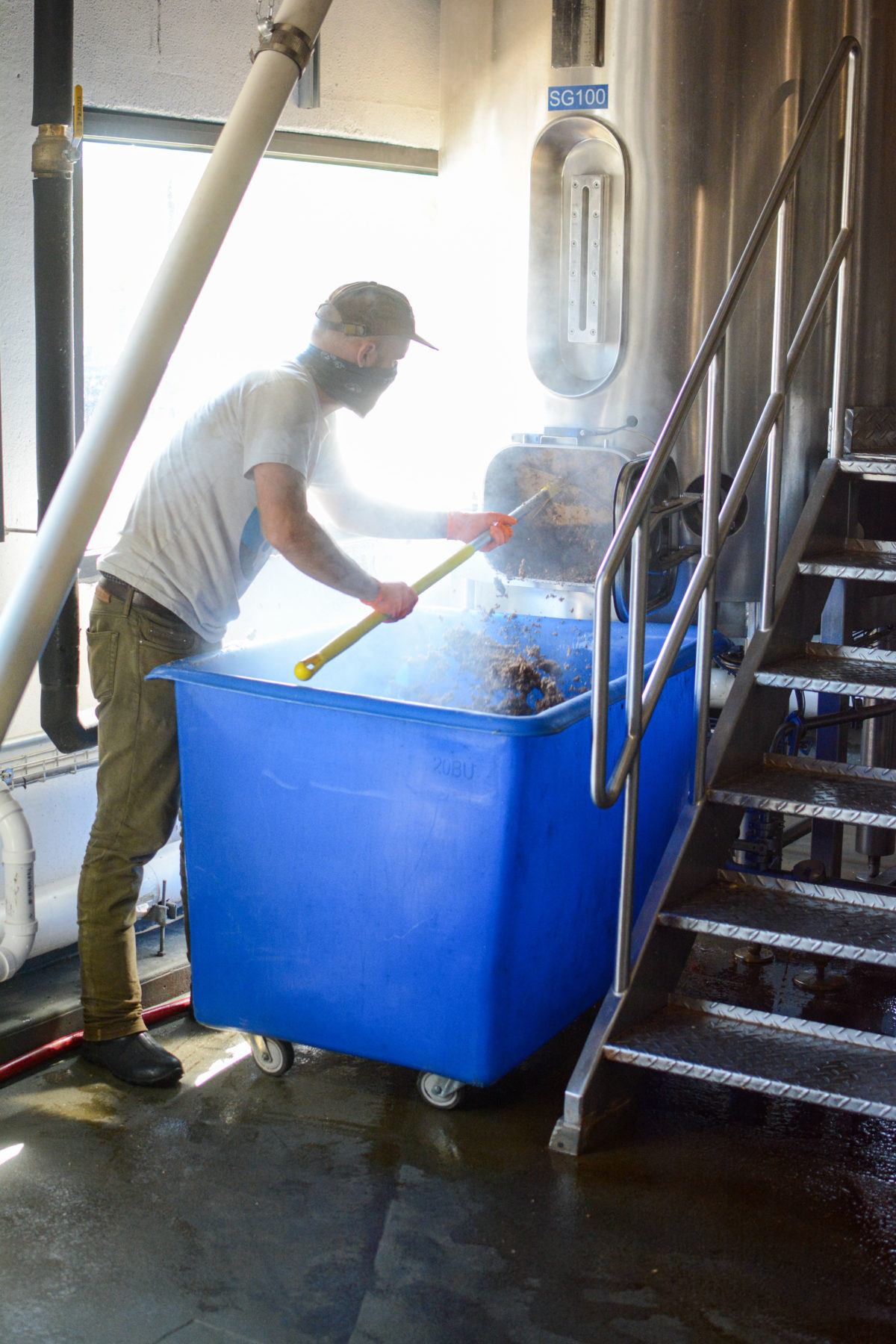 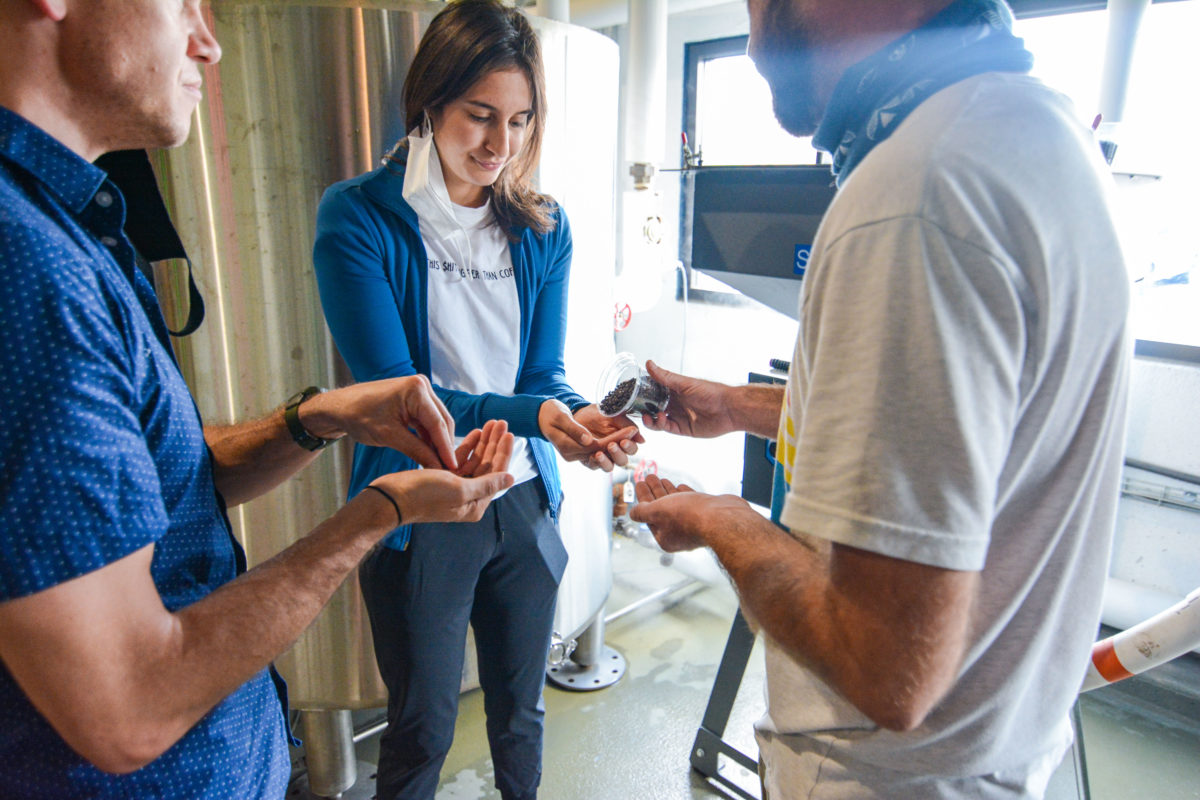 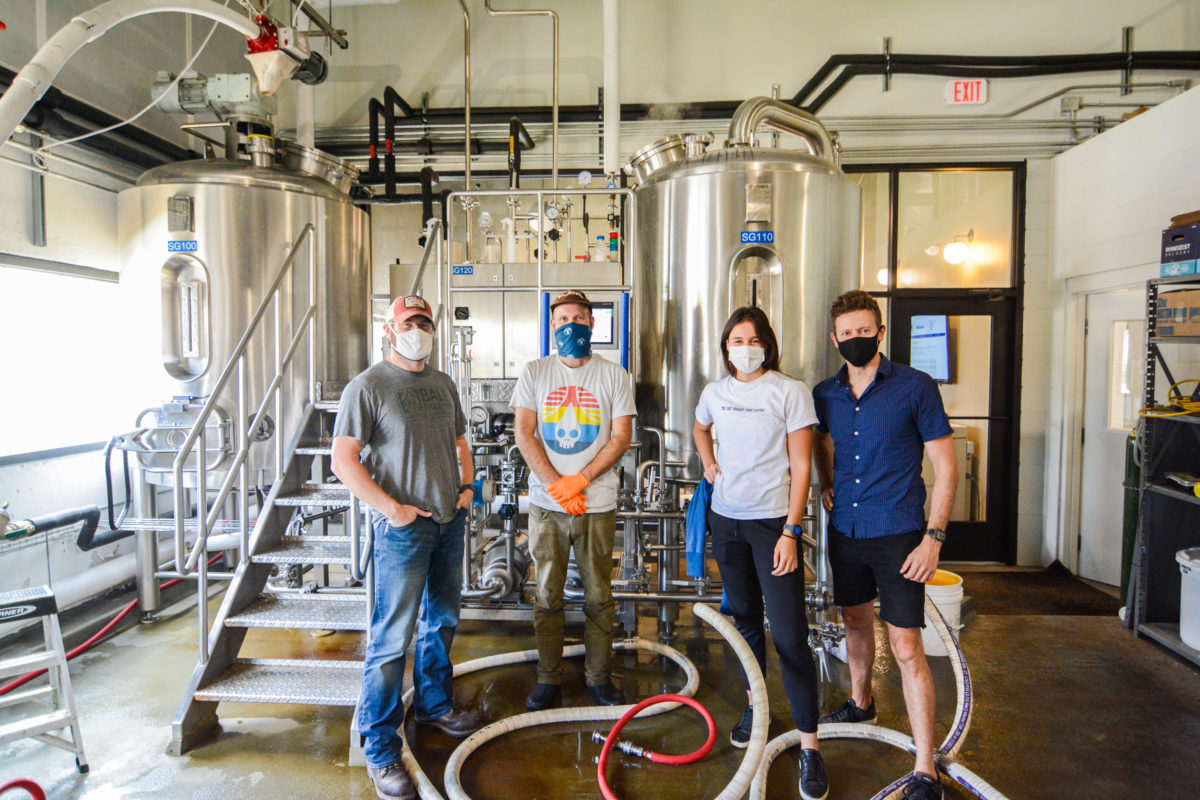